Biteration I: Genesis of Consequence 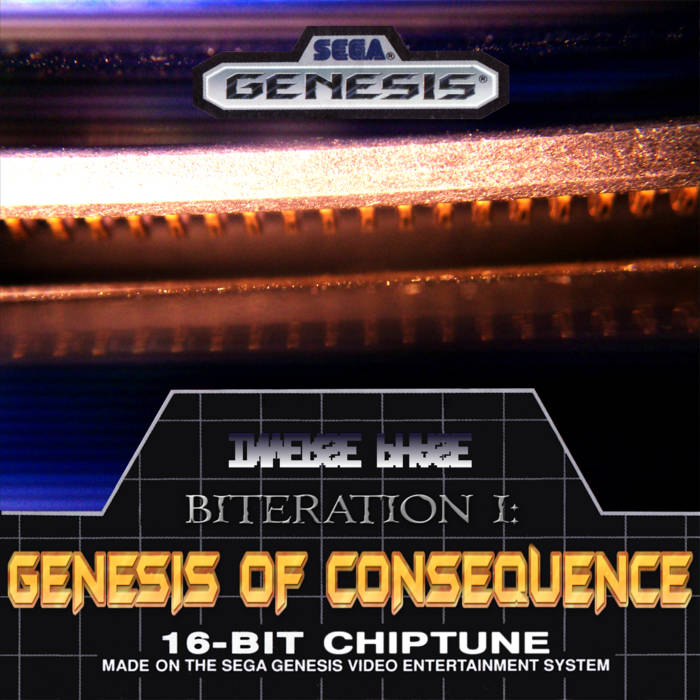 Glowbush It's fantastic to see various styles brought to live on the Genesis. Poo Poo Platter is my family's favorite because farts are never not funny. Favorite track: Poo Poo Platter.

patriotails I love the genesis Sound library and my adult life with it's "I need an adult" soundbite made me fall in love with it. Favorite track: My Adult Life (radio edit).

In 2015, French indie studio Exquisite Games contacted me. The mission: a soundtrack for a runner game about poop, titled "Where's My Mommy?" I double-checked chiptunes were indeed what they wanted for their game, and quickly realised FM would be perfect since it produces what I lovingly refer to as "farty bass".

The game is now available on Steam! Pick it up here:
store.steampowered.com/app/423610/

While working on the OST, I pondered the many ways to categorize/sort musical works so they can be released in a meaningful way. I've tried a few. Now I'm trying something new; As a chiptune guy I hope to group original tracks by the systems they were done on, so I can release more cartridge albums. The result is what I'm calling the "Biteration" series of albums.

Biteration I is my foray into working more closely with the Sega Genesis (or MegaDrive to those not in the US) from 1989. The system features a Yamaha OPN2 (YM2612), a six-channel four-operator FM synth chip, paired with an SN76489/96, the PSG from the Sega Master System that features three square waves and white noise.

My goal is arguably the same as many chip musicians; to get new and interesting sounds out of the chip in an enjoyable way. FM can produce complex voices compared to its PSG predecessors. I'm shooting for a middle ground of sorts; let's appreciate sounds of the chip's heyday but also create new instruments and sounds that you might think are coming out of a modern DAW. Don't be fooled, however! This album is no Sonikku work. There is no postprocessing. I prefer to master the old fashioned chiptune way: Inside the track. Everything you hear is possible on a single Sega console.

100% composed and produced by Inverse Phase.
"I need an adult!" courtesy Brandon Hood of ChipWIN: chiptuneswin.com
Album photography by MAD: mad-ro.bandcamp.com
Thanks to all my Patrons at patreon.com/inversephase
Special thanks to Demartino Leonardo AKA Delek for Deflemask.

Please credit and link Inverse Phase if you use/embed this track.
For licensing see: inversephase.tumblr.com/post/105997843006/lets-talk-about-licensing