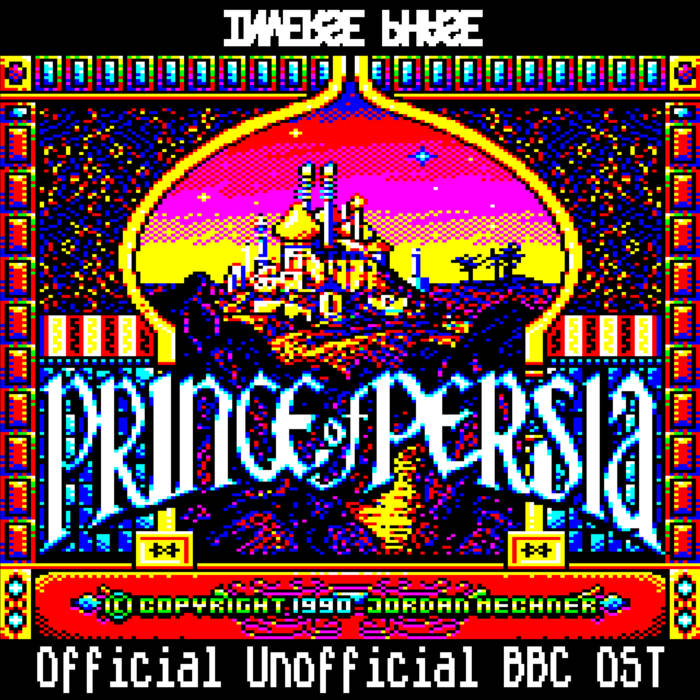 Prince of Persia, originally for the Apple II and later MS-DOS, got a bevy of ports to various computers and consoles. The hardware perhaps most similar to the Apple II in the UK was the BBC Micro, but it didn't receive a port of the game.

Not until now, that is... demogroup Bitshifters is at it again! In 2012, Jordan Mechner uploaded the original Prince of Persia source to github. In 2017, Kieran Connell set out to get the code running on a BBC Micro. After a lot of work, enlisting Simon Morris to help with code, John Blythe on artwork, and myself on music+sfx.

My job was first to see which version of the music was "definitive". I built sound effects first, providing us with some rather instant gratification. Once Jordan told me that the DOS version reflected his dad's original vision, I got to work making sure all of the music from the DOS version was in the BBC Micro version. Kieran, Simon and I hammered on audio bugs throughout, fighting with the SN76489 implementation specific to the BBC Micro, and ended up with what you're hearing here.

You can download or play the BBC Master port for free at:
bitshifters.github.io/posts/prods/bs-pop-beeb.html

This album/EP is FREE and any money paid to download this OST is seen as a tip to Inverse Phase, which will be reinvested into chiptune research and development.

Please attribute Inverse Phase and Francis Mechner, including a link back, if you use these tracks. No ownership of Prince of Persia is expressed or implied.