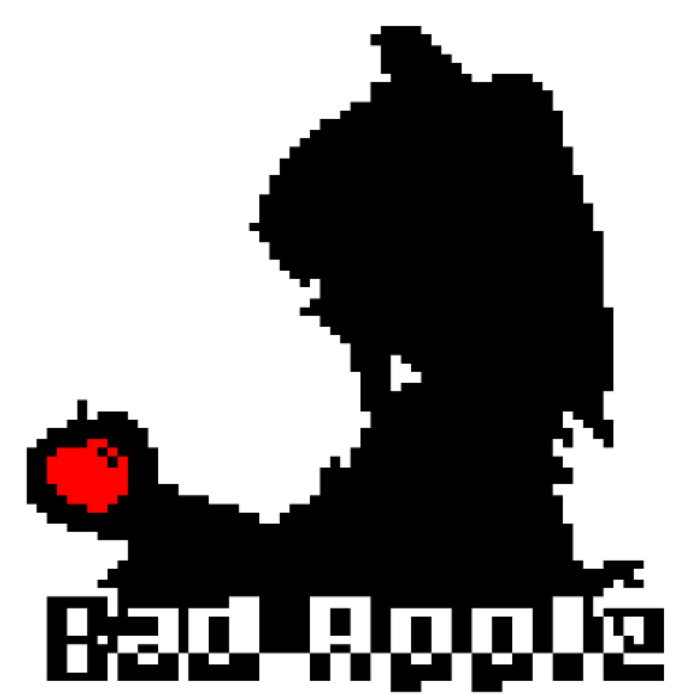 FrostElf I'd like to think the artistry and energy put into the original Bad Apple video and song from the Touhou bullet hell series shines in this 8-Bit version. It definitely captures the fun of the 'solos' and the key change that locks the finish of the original. This version of the track also sustains and builds that driving energy and fun of the original at 150 bpm! Seriously a cult favorite, Inverse Phase does it again.

If you're not familiar with Bad Apple, it's a song from ZUN's Touhou series of games. It was remixed and featured in a promotional silhouette video and quickly became a meme in the demoscene as a bar for video compression and streaming. Demo groups have been actively "porting" the PV to various computers and consoles, and the results have just been insane. There are Commodore 64, Atari 2600, even TI84 calculator versions of the demo, each with its own set of technical achievements.

However, there was no port of the video to the BBC Micro (colloquially, "Beeb"), a popular UK computer, until now. UK demogroup Bitshifters took it upon themselves to produce a version of the Bad Apple video that would not only replay on a BBC Micro but also do so smoothly in a Teletext mode exclusive to the machine and fit on a single floppy disk. They also needed someone to port the audio to the Beeb, which is where I came in.

To properly understand the capabilities of the machine, it has a 6502 running at 2mhz with 32KB of RAM, perhaps roughly comparable to an Apple II+. The BBC Micro also has an SN76489 for sound which provides three channels of 50% square wave and rudimentary whitenoise that sounds like banging on trashcan lids. This chip first appeared in the TI99/4 (as the TMS9919 or SN94624), and also in several other systems like the Colecovision, Sega Master System/Game Gear, IBM PCjr, and Tandy 1000. There were various revisions.

To properly get a song over to the BBC Micro, I first wrote an SMS song in Deflemask's PAL mode to get things as closely to our target as possible, and then we used additional scripts to convert the output to the Beeb, mainly because the oscillator clock runs at different speeds between the two machines. Then we fine-tuned the errors out as best we could.

You can watch the final result here:
bitshifters.github.io/posts/prods/bs-badapple.html

What I found while working with this is that the diffferent variants of SN76489 — while the changes between revisions were extremely minor — might contribute to a lot of interesting bugs and errors. I'm currently researching this more.

What you are hearing in this specific version is the song as it replays on the Sega Master System, before conversion and processing. As soon as I have a good recording from a BBC Micro, I'll create a small EP with both of these tracks.

Please attribute Inverse Phase with a link back if you use this track. No ownership of Bad Apple is expressed or implied.