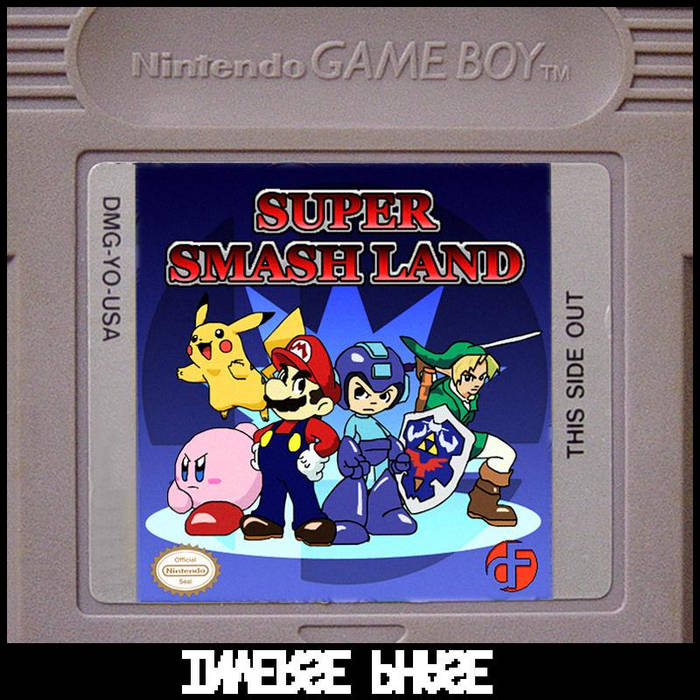 ProgHog231 The OST to Super Smash Land. Check out the hidden tracks done by flashygoodness, too. Favorite track: A Wiry Opponent.

Jake White If there were a GBA smash I'm pretty sure this would be the soundtrack. Favorite track: A Wiry Opponent.
more...

This is the 100% official soundtrack for the 100% unofficial Super Smash Land, a PC demake of Super Smash Brothers with a Game Boy aesthetic. Get 100% of the game, 100% for free, here:

The story is simple: Sometime in 2010 my now-buddy Dan Fornace, a recovering (or maybe not?) Smash addict, decided to do what I do (that is, turn modern things into retro things) with an entire video game. He sent out a tweet asking if anyone writes chiptunes and would want to help him with his Smash project. Even though I'm not a big Smash player, I did have a lot of fun playing Super "Smashed" Brothers with folks in the past, and I was meaning to do a cover of Gourmet Race from Kirby, so I said what the hell and replied to him on twitter.

This was really just an awesome experience getting back into writing game music and sound effects and now I could apply all of my "new" chiptune knowledge and really make his game shine. Originally we were going to rip sound effects and music and such since the project was really "just for fun" but I ended up rewriting all of the music I could from scratch to give it a more upbeat, Game Boy feel. I also did all of the sound effects for the game.

One thing I am sure I will catch a little bit of hell for is that I basically didn't use the Game Boy's stereo capabilities at all. The main reason for that is because my plan for the soundscape involved SFX panning and I wanted the background music to stay in the background. Just about everyone knows these tunes, and I didn't want them to get old/annoying. Also, there is no whitenoise in any of the ingame songs because even though this isn't a real Game Boy game, on a real Game Boy the whitenoise would be used for FX and not be available for music. It was an attempt to stay authentic.

Unfortunately, after working on this soundtrack for awhile, life started to get in the way of progress and I couldn't do every track for every stage. Fortunately, Dan was able to contact and work with flashygoodness for the rest of the tracks in the game. You can get those tracks here:

Cover art and Super Smash Land: Dan Fornace
Arrangements (c) 2010-2011 Inverse Phase. Original songs are copyrighted by their respective artists. Please attribute Inverse Phase and the original artist with a link if you use a track for anything.